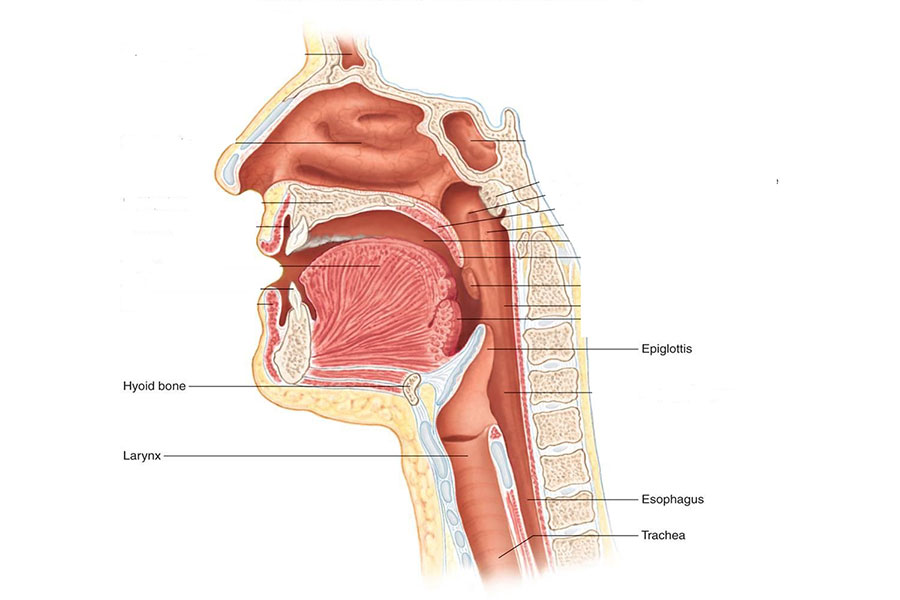 Trachea – the tube in the throat that carries air from the nose and mouth to the lungs.

Esophagus – the tube in the throat that carries food from the mouth to the stomach.

Airway – The parts of the body through which air flows: The nose, mouth, trachea and lungs

Larynx – Commonly referred to as the “voice box” and sits at the uppermost part of the trachea.

Hyoid bone – A horseshoe shaped bone located in the neck that is sometimes fractured in strangulation and hanging incidents.

Strangulation – Strangulation is a temporary obstruction of the carotid arteries or the jugular veins, blocking the passage of blood either to or away from the brain, resulting in asphyxia.

Suffocation – Suffocation is the temporary obstruction of the airway, resulting in asphyxia.

Asphyxia – Asphyxia is the interruption of oxygenation to the vital organs, such as the brain. Asphyxia is the process that causes loss of consciousness in strangulation victims.

Choking – Choking is an obstruction of the esophagus, usually from an internal object such as food, which blocks the passage of air through the trachea. The term choking is commonly misused by the victim and sometimes even healthcare staff when they are actually referring to strangulation or suffocation.

Petechiae – Petechiae are small, flat red dots that represent burst capillaries that may be a result of increased pressure in the underlying vasculature. In strangulation cases, they are above the point of constriction and are a result of the obstruction of the jugular veins.