The female genital anatomy is commonly misidentified and misunderstood to the general population, but when it comes to the intricacies of sexual assault, one needs to be well versed.

But, for example, what does it mean when there is a laceration noted at 6 o’clock at the posterior fourchette? Where is that? Understanding anatomical landmarks will assist you!

One common misunderstanding is that females have three orifices/openings versus the two a male has. A female has one each for the urethra, vagina, and anus. In the instance of a sexual assault, one must ask where penetration occurred and with what object (penial, oral, digital, inanimate object). 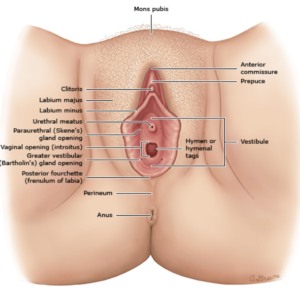 What Our Nurses Can Do For You

When an alleged victim of sexual assault undergoes an exam, a skilled provider will assess the anogenital region using a clock face technique. This is usually a nurse who has been trained to examine and collect physical evidence, called a Sexual Assault Nurse Examiner (SANE). If you need someone to help you understand the report generated and the anatomical terms, our nurses are ready to consult and testify on your case! We now have five SANE nurses – including two that are certified and available for testimony in either adult or pediatric cases.